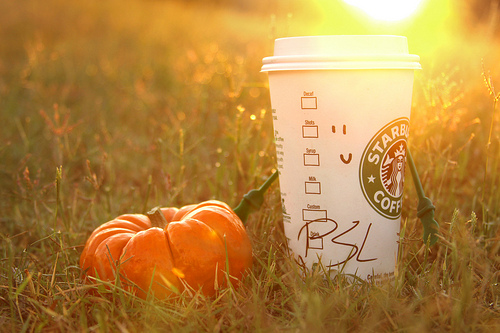 It’s the first week of September, the Pumpkin Spice Latte is back at Starbucks, football season is kicking off (go RAVENS!!), and all of this can only mean one thing: fall (my favorite season) is here.  Although we won’t experience any real “fall weather” here in Miami for another couple months, there’s an unmistakable feeling that the seasons are starting to change…and it makes me giddy.  Maybe, as an adult, I just haven’t really let go of that “back-to-school” feeling and the excitement of a new “year”…or maybe I’m just nostalgic for the crisp fall air and changing colors of the leaves that I grew up with in Maryland.  Whatever the reason, the fall marks the beginning of a pretty awesome time in Miami.  Starting with the annual showdown between the Canes and Gators this Saturday, to the Columbus Day Regatta, to Art Basel, and everything in between, there’s a whole lotta excitement happening in our ‘hood.

In Miami, the fall is also when the real estate market picks back up, following the notoriously slow month of August.  Yet this past summer, it seems like the market never really slowed.  According to the Miami Herald, sales volume is as hot as the boom time of 2005, with more single-family homes having sold in July 2013 in Miami-Dade County than at any other time since the peak of the boom.  Further, the Miami market has seen 20 consecutive months of price increases in both condos and single family homes!  And on the preconstruction front, Brickell is seeing more action than ever.  According to Condo Vultures,  the “one-mile stretch of South Miami Avenue in the Brickell Avenue Area of Greater Downtown Miami is quickly emerging as the most active submarket for preconstruction condo projects in all of South Florida,” with at least 12 towers and more than 3,900 units that are now proposed or under construction.

Yet in spite of all of this, prices are still relatively affordable, with 1-bedroom condos in Brickell starting in the low $200k’s, and 2-bedroom condos starting in the mid to high $200k’s and up.  If you are thinking of selling or buying a home or condo in Miami, now is the time to do it.  For more information or to set up an appointment or showing, feel free to call me directly at 305.799.2124 or send me an email.